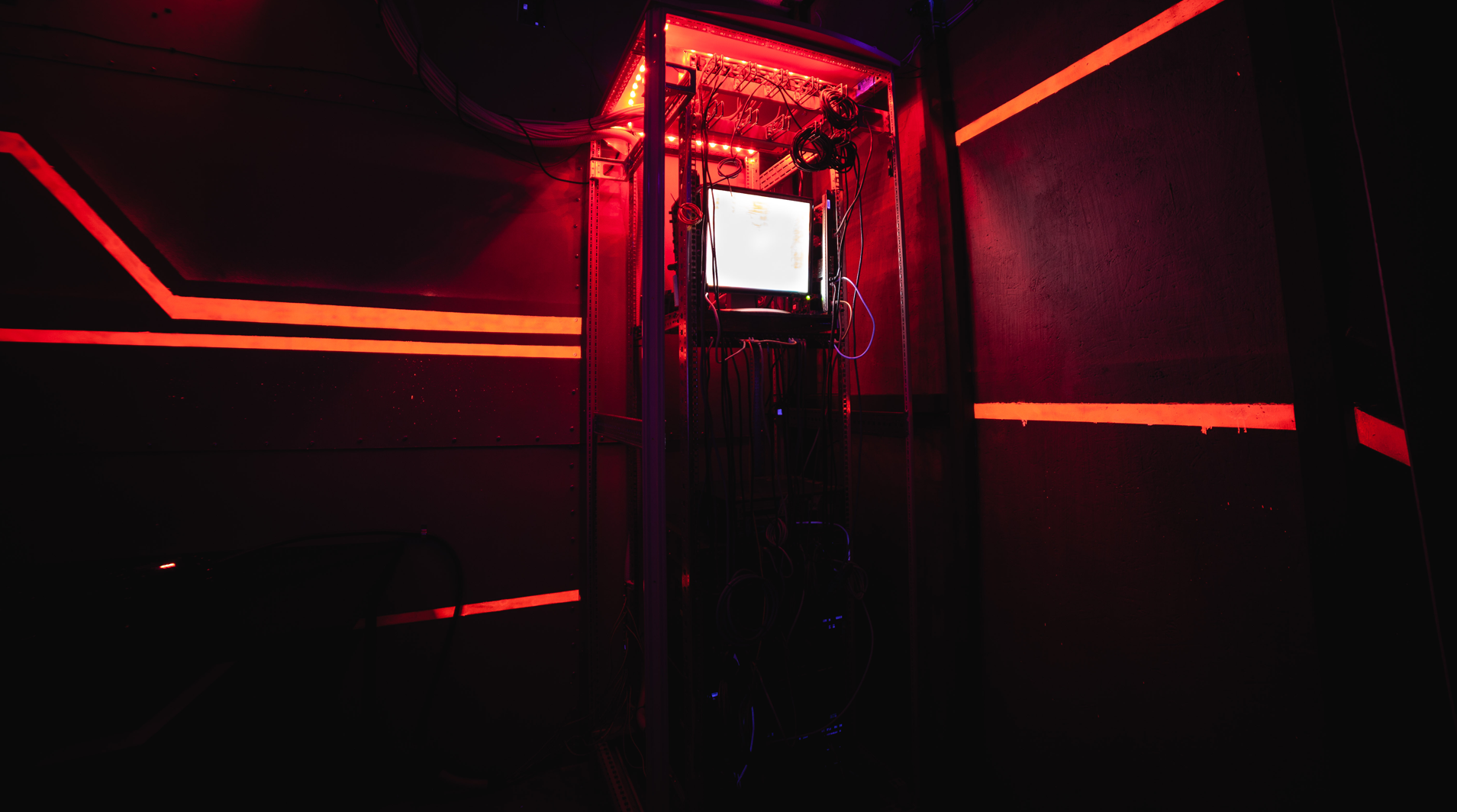 END_OF_DOCUMENT_TOKEN_TO_BE_REPLACED

Come save the internet!

We are closed because of moving to new space. Please be patient.

The internet is at risk! The mysterious hacker Mei, one of the brilliant brains of this era, who is also identified as a genius by other hackers, has decided to end the internet and return people back to the information Stone Age period. You and your team of hackers are the only ones facing the extinction of society as we know it. Can you prevent her malicious virus from being uploaded?

Don’t worry, you don’t need any technical knowledge to play, you don’t have to be a dense mathematician with an IQ 190, or a full-time programmer. Just come and play!

Try to find out what it is like to be in the hacker’s skin and solve exciting technological puzzles in a team of 2 to 6 people. Connect circuits, control mechanisms by gestures and join cyberspace. You will taste what it is like to face an apocalypse through the blinking cursor of a hacker’s terminal, and despair will touch even the bravest of you. If the internet ends, you will not only be unable to look at memes and videos with kittens, but also coordination of rescue units, hospitals, authorities and spedition will collapse.

As the only escape room in the Czech Republic we are offering two games in one room. In the first game you will prevent the virus from being uploaded and the internet from collapsing. But what about the hacker Mei? Uncover her secrets and immerse yourself in a story full of twists and frightful revelations in the second game in our escape room. We definitely recommend both games!

I have to try this
Scroll Up